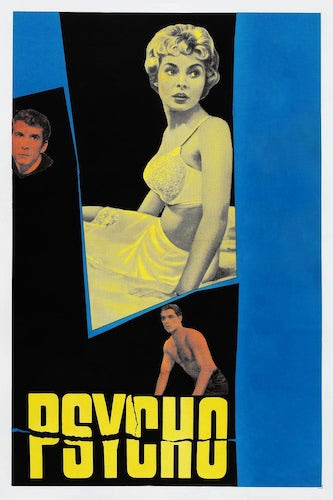 Phoenix secretary Marion Crane (Janet Leigh), on the lam after stealing $40,000 from her employer in order to run away with her boyfriend, Sam Loomis (John Gavin), is overcome by exhaustion during a heavy rainstorm. Traveling on the back roads to avoid the police, she stops for the night at the ramshackle Bates Motel and meets the polite but highly strung proprietor Norman Bates (Anthony Perkins), a young man with an interest in taxidermy and a difficult relationship with his mother.

A boy’s best friend is his mother, so bring your folks along as our Mummy’s Day Weekend bounces to a second corner of the Universal Horror canon with Alfred Hitchcock’s timeless paean to filial devotion.

“Blends a brutal manipulation of audience identification and an incredibly dense, allusive visual style to create the most morally unsettling film ever made.” – Chicago Reader