Wallace & Gromit: The Curse of the Were Rabbit 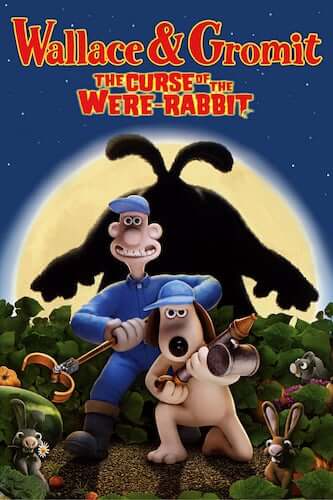 Screening as part of our Trick Or Treat! series of family-friendly horror movies… get free candy with a popcorn combo, or $1 off candy with a costumed kid in tow!

Cheese-loving eccentric Wallace and his cunning canine pal, Gromit, investigate a mystery in Nick Park’s animated adventure, in which the lovable inventor and his intrepid pup run a business ridding the town of garden pests. Using only humane methods that turn their home into a halfway house for evicted vermin, the pair stumble upon a mystery involving a voracious vegetarian monster that threatens to ruin the annual veggie-growing contest.

“Among the most inventive animated movies ever made.” – Dallas Morning News