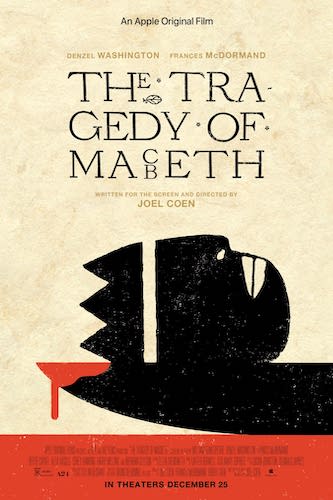 A Scottish lord (Denzel Washington) becomes convinced by a trio of witches that he will become the next King of Scotland, and his ambitious wife (Frances McDormand) supports him in his plans of seizing power.

We’re pleased beyond reason to be presenting Joel Coen’s solo debut, tackling nothing less than The Scottish Play itself.

“Stark but utterly compelling, this chilling take on Macbeth is a visually stunning tour de force. It’s as good as you’d expect from this cast and crew, which is saying something.” – Empire Magazine