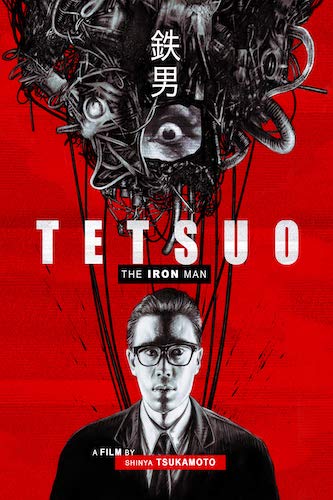 A “metal fetishist” (Shin’ya Tsukamoto), driven mad by the maggots wriggling in the wound he’s made to embed metal into his flesh, runs out into the night and is accidentally run down by a Japanese businessman (Tomorowo Taguchi) and his girlfriend (Kei Fujiwara). The pair dispose of the corpse in hopes of quietly moving on with their lives. However, the businessman soon finds that he is now plagued by a vicious curse that transforms his flesh into iron.

While things all around us start to get back to normal, Central Cinema’s Late Show gets back to WEIRD with this deeply influential slice of Japanese body horror.

“Combines the frenzied roller coaster pace of a Sam Raimi film with the acute symbolism of David Lynch’s Eraserhead and ends up a ferociously original 16mm nightmare that stands in a league of its own.” – The Austin Chronicle