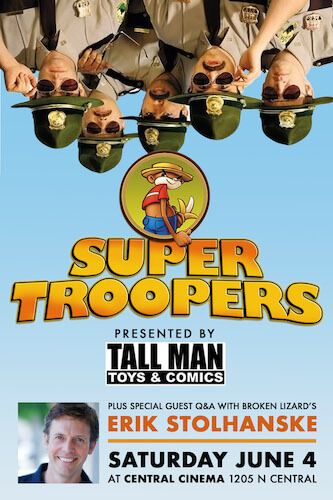 Five delinquent Vermont state troopers (Thorney, Mac, Farva, Rabbit, and Foster) who spend their time tormenting and pranking civilians (and each other) have their jobs threatened when they receive notice that their station is up for closure. To make matters worse, Foster (Paul Soter) falls for Officer Ursula (Marisa Coughlin), a member of the rival local police. A glimmer of hope appears when Ursula tips the guys off to a drug bust that can save their station, but somehow the local cops beat them to the bust. Now, off a new tip from Ursula, the guys only hope is to combine their powers to take down their biggest bust of all time…the local police.