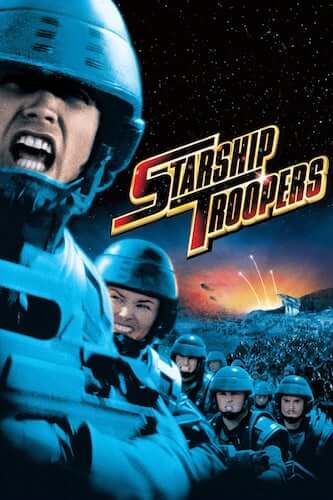 Set in the future, the story follows a young soldier named Johnny Rico and his exploits in the Mobile Infantry. Rico’s military career progresses from recruit to non-commissioned officer and finally to officer against the backdrop of an interstellar war between mankind and an arachnoid species known as “the Bugs”.

Misunderstood upon its release 25 years ago, Paul Verhoeven’s rollicking fascist satire has only sharpened its teeth with age.

“It is pure Verhoeven — broad, brash and ultraviolent, and all up there on the screen.” – Empire Magazine