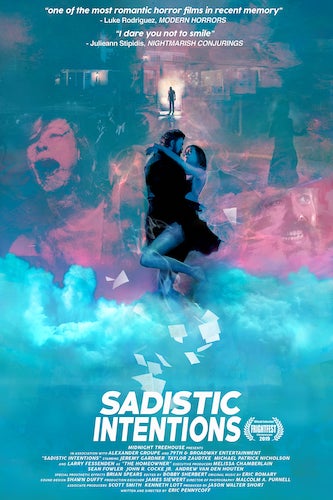 It’s been a long, winding road to release for Sadistic Intentions following its world premiere (and Best Actress win for Taylor Zaudtke) at the 2018 Knoxville Horror Film Fest, and we’re thrilled to be bringing it to Central Cinema for a single-screening event, paired in an optional double bill with SI lead Jeremy Gardner’s latest starring/co-directorial effort After Midnight.

A psychotic musician lures a fellow band-mate and an unsuspecting woman to a remote mansion for a night of romantic deceit and grinding metal mayhem.