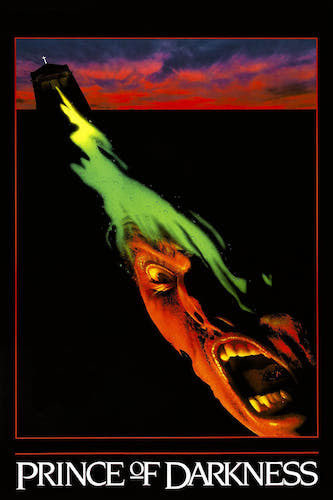 Poking around in a church cellar, a priest (Donald Pleasence) finds an otherworldly vial filled with slime. Frightened, he brings his discovery to a circle of top scholars and scientists, who eventually learn that the strange liquid is the essence of Satan. The slime then begins to seep out, turning some of the academics into zombified killers. As the possessed battle the survivors, student Kelly (Susan Blanchard) is infected by a large quantity of the liquid and becomes Satan personified.

“The claustrophobic terror generated by fluid camerawork and striking angles is reinforced by a narrative which builds slowly but surely towards a heart-racing climax.” – Time Out