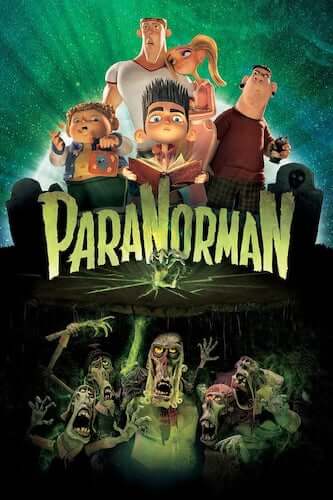 In the town of Blithe Hollow, Norman Babcock (Kodi Smit-McPhee) can speak to the dead, but no one other than his eccentric new friend (Christopher Mintz-Plasse) believes his ability is real. One day, Norman’s eccentric uncle (John Goodman) tells him of a ritual he must perform to protect the town from a curse cast by a witch centuries ago.

Laika turned the kid-friendly horror up even further for their rollicking and sophisticated followup to CORALINE.

“Beautifully rendered in stop-motion animation, the film combines ghoulishness and hilarity in a way that suggests EVIL DEAD 2 for the Nickelodeon set.” – The Wrap