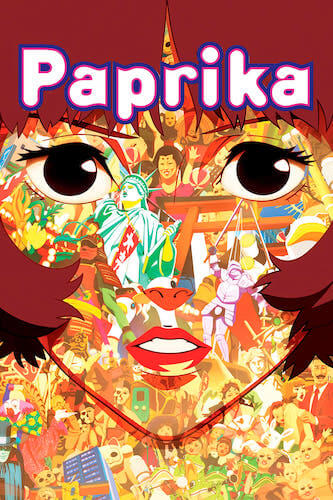 Dr. Atsuko Chiba works as a scientist by day and, under the code name “Paprika,” is a dream detective at night. Atsuko and her colleagues are working on a device called the DC Mini, which is intended to help psychiatric patients, but in the wrong hands it could destroy people’s minds. When a prototype is stolen, Atsuko/Paprika springs into action to recover it before damage is done.

The final film produced by legendary animator Satoshi Kon before his untimely death, PAPRIKA is a visual and conceptual feast on par with anime’s greatest.

“As a showcase of the limitless power of the imagination, PAPRIKA never fails to delight the eye and engage the mind.” – Toronto Star