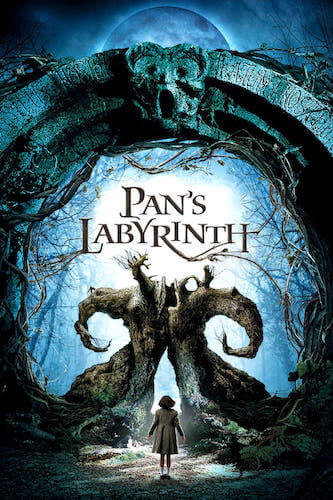 Living with her tyrannical stepfather in a new home with her pregnant mother, 10-year-old Ofelia (Ivana Baquero) feels alone until she explores a decaying labyrinth guarded by a mysterious faun (Doug Jones) who claims to know her destiny. If she wishes to return to her real father, Ofelia must complete three terrifying tasks.

Though he’d already asserted himself in Hollywood with BLADE 2 and HELLBOY, it was Guillermo Del Toro’s 2006 return to Spanish language filmmaking that made his name as both a master of horror and an Oscar powerhouse. Brutal, poignant and as darkly fantastical a film as you’ll ever see, PAN’S LABYRINTH remains a centerpiece of his filmography.

“So breathtaking in its artistic ambition, so technically accomplished, so morally expansive, so fully realized that it defies the usual critical blather. See it, and celebrate that rare occasion when a director has the audacity to commit cinema.” – Washington Post