Movies Under The Stars: Predator 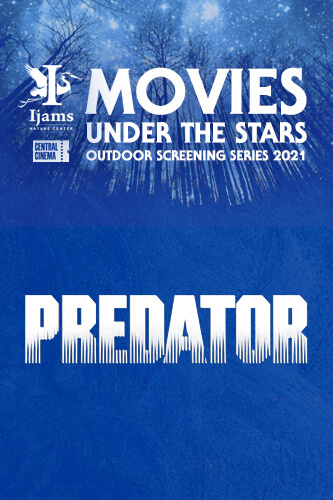 Dutch (Arnold Schwarzenegger), a soldier of fortune, is hired by the U.S. government to secretly rescue a group of politicians trapped in Guatemala. But when Dutch and his team, which includes weapons expert Blain (Jesse Ventura) and CIA agent George (Carl Weathers), land in Central America, something is gravely wrong. After finding a string of dead bodies, the crew discovers they are being hunted by a brutal creature with superhuman strength and the ability to disappear into its surroundings.

Our 2021 “Movies Under The Stars” series takes to the jungle in John McTiernan’s macho science fiction actioner. GET TO THE CHOPPER!

Please note: this screening will be presented at Ijams Nature Center in south Knoxville, not at Central Cinema. Listed showtime is approximate film start time; admission begins at 7pm.

An annual collaboration between Ijams Nature Center and Central Cinema, “Movies Under The Stars” is presented by Sierra Nevada Brewing Company and Cherokee Distributing, and sponsored in part by Defy Explanation Kitchen, Cruze Farm Dairy, B97.5, WIMZ and Jack FM.  For information on the series, please visit Ijams’s website.