Memory: The Origins Of Alien 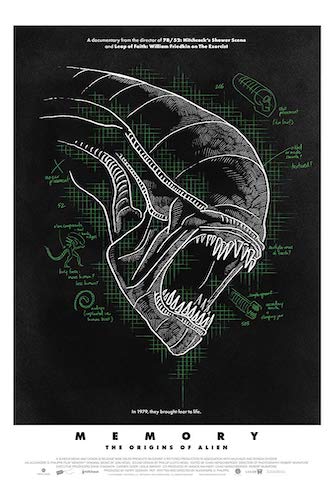 A contemplation on the symbiotic collaborative process of movie-making, the power of myth, and the collective unconscious, Memory: The Origins of Alien unearths the largely untold origin story behind Ridley Scott’s cinematic masterpiece, and reveals a treasure trove of never-before-seen materials from Dan O’Bannon and H.R. Giger’s respective archives — including original story notes, rejected designs and storyboards, exclusive behind-the-scenes footage, and O’Bannon’s original 29 page script from 1971, titled “Memory.”

“One of the best documentaries about a single film that I’ve seen.” – Matt Zoller Seitz

“It doesn’t just remind you that Alien is a masterpiece but details how it got that way and why it continues to haunt us.” – RogerEbert.com