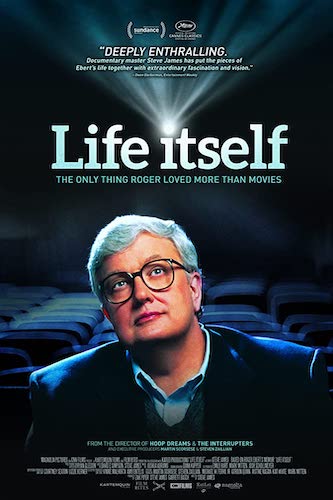 Life Itself is available to stream now courtesy of Magnolia Pictures’ “A Few Of Our Favorite Docs” virtual screening series; every $5 virtual rental directly benefits Central Cinema when purchased through this link, with an additional 10% of each ticket going to the Chicago Cinema Workers Fund.

Acclaimed director Steve James (Hoop Dreams) presents a documentary film that recounts the inspiring and entertaining life of world-renowned film critic and social commentator Roger Ebert – a story that is by turns personal, funny, painful, and transcendent. Based on his bestselling memoir of the same name, Life Itself explores Ebert’s legacy from his Pulitzer Prize-winning film criticism at the Chicago Sun-Times to becoming one of the most influential cultural voices in America.

Magnolia also invites you to join them at 8pm EDT on Wednesday 5/27 for a live Q&A with director Steve James and Ebert’s widow Chaz, and will be offering similar events for upcoming series entries Blackfish (available 5/29) and Hail Satan? (available 6/5).