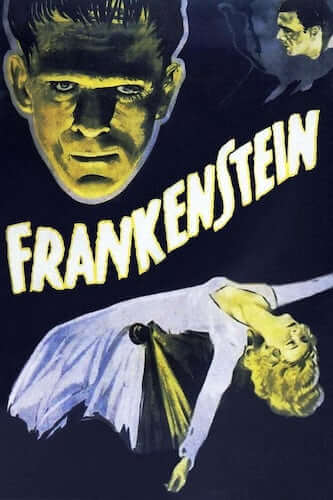 Obsessed scientist Dr. Henry Frankenstein (Colin Clive) as he attempts to create life by assembling a creature from body parts of the deceased. Aided by his loyal misshapen assistant Fritz (Dwight Frye), Frankenstein succeeds in animating his monster (Boris Karloff) but it escapes into the countryside and begins to wreak havoc. Frankenstein searches for the elusive being and eventually must confront his tormented creation.

In 1931 Tod Browning’s DRACULA and James Whale’s FRANKENSTEIN made superstars of leads Bela Lugosi and Boris Karloff, who would keep Universal Studios at the top of the horror game for years to come. See them together in an optional double feature Thursday October 27 and Saturday October 29!

“The most influential horror film ever made, this stark and stylish work has a weird fairytale beauty.” – Village Voice