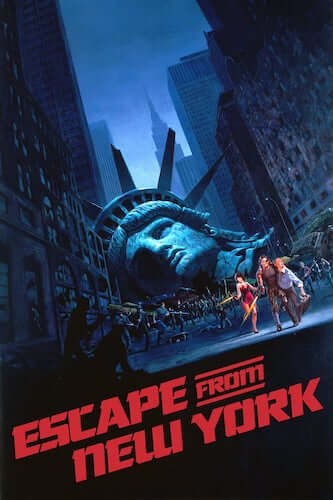 In 1997, a major war between the United States and the Soviet Union is concluding, and the entire island of Manhattan has been converted into a giant maximum security prison. When Air Force One is hijacked and crashes into the island, the president (Donald Pleasence) is taken hostage by a group of inmates. Snake Plissken (Kurt Russell), a former Special Forces soldier turned criminal, is recruited to retrieve the president in exchange for his own freedom.

John Carpenter’s dystopian action fable has proven nearly as influential as Halloween, including an iconic performance that transformed Kurt Russell from a Disney matinee mainstay into a bona fide movie star.

“Boasting one of the most iconic characters ever in Plissken, and an effective sci-fi set-up, this is entertainment of the highest order.” – Empire Magazine