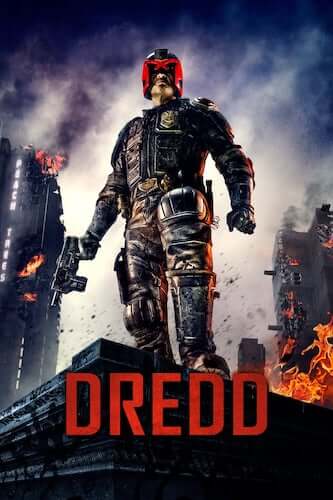 Mega City One is a vast, violent metropolis where felons rule the streets. The only law lies with cops called “judges,” who act as judge, jury and executioner, and Dredd (Karl Urban) is one of the city’s most feared. One day, Dredd is partnered with Cassandra (Olivia Thirlby), a rookie with powerful psychic abilities. A report of a terrible crime sends Dredd and Cassandra to a dangerous area controlled by Ma-Ma (Lena Headey), a drug lord who will stop at nothing to protect her empire.

Scripted by Alex Garland (EX MACHINA, MEN) and taking its cues from the close-quarters mayhem of THE RAID, this thrilling action sci-fi flick does full justice to the 2000 AD comic book character previously portrayed by Sylvester Stallone.

“I may have never seen a nonhorror film as relentlessly, brutally, and crowd-pleasingly violent as this skintight adaptation of the long-running British comic-book character.” – Austin Chronicle