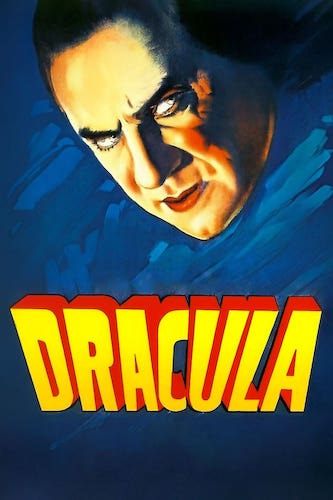 The dashing, mysterious Count Dracula (Bela Lugosi) travels to London and takes up residence in an old castle. Soon Dracula begins to wreak havoc, sucking the blood of young women and turning them into vampires. When he sets his sights on Mina (Helen Chandler), the daughter of a prominent doctor, vampire-hunter Van Helsing (Edward Van Sloan) is enlisted to put a stop to the count’s never-ending bloodlust.

In 1931 Tod Browning’s DRACULA and James Whale’s FRANKENSTEIN made superstars of leads Bela Lugosi and Boris Karloff, who would keep Universal Studios at the top of the horror game for years to come. See them together in an optional double feature Thursday October 27 and Saturday October 29!

“There have been many Draculas, but the one against which all others are measured is Bela Lugosi.” – Empire