The Curse of Frankenstein 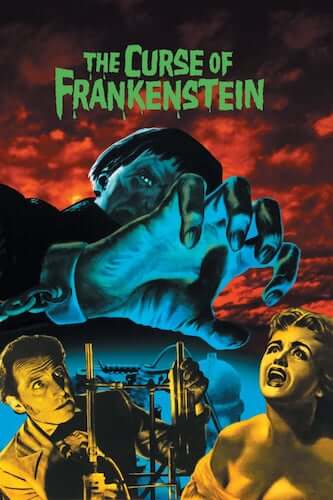 While awaiting execution for murder, Baron Victor Frankenstein (Peter Cushing) tells the story of a creature (Christopher Lee) he built and brought to life – only for it to behave not as he intended.

British B-movie studio Hammer Film Productions famously pivoted to horror with THE CURSE OF FRANKENSTEIN and HORROR OF DRACULA, both featuring icons Christopher Lee and Peter Cushing squaring off as some of the genre’s greatest characters. Screening together in an optional double feature October 5 (7pm) and October 8 (3:45pm).

“Peter Cushing gets every inch of drama from the leading role, making almost believable the ambitious urge and diabolical accomplishment.” – Variety