May Is For Monsters! 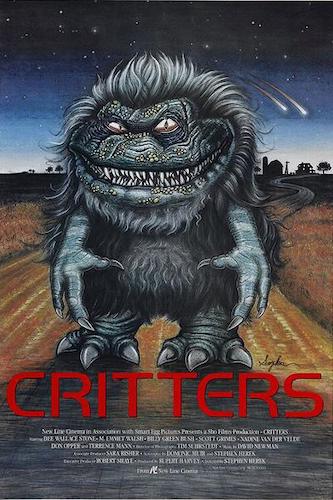 Our May Is For Monsters! Late Show sub-series of VHS-era nasties continues with one of the quintessential 80’s creature features.

When strange fuzzy creatures from outer space arrive on a farm, the Brown family — Jay (Billy Green Bush), Helen (Dee Wallace-Stone), their daughter, April (Nadine Van Der Velde), and their son, Brad (Scott Grimes) — must fend off the malevolent little aliens. Two bounty hunters with superhuman abilities follow the aggressive beasts from beyond, but the warriors aren’t terribly effective, leaving the Brown family to battle the fur balls and rescue April from their clutches all by themselves.