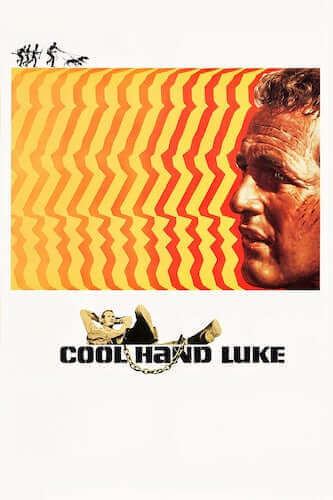 When petty criminal Luke Jackson (Paul Newman) is sentenced to two years in a Florida prison farm, he doesn’t play by the rules of either the sadistic warden (Strother Martin) or the yard’s resident heavy, Dragline (George Kennedy), who ends up admiring the new guy’s unbreakable will. Luke’s bravado, even in the face of repeated stints in the prison’s dreaded solitary confinement cell, “the box,” make him a rebel hero to his fellow convicts and a thorn in the side of the prison officers.

William’s Employee Pick is a much-requested chain gang drama celebrated for its humor and humanity.

“Succeeds as both a highly humorous and deeply dramatic study of the immolation of human spirit in captivity and as an allegory.” – The Hollywood Reporter