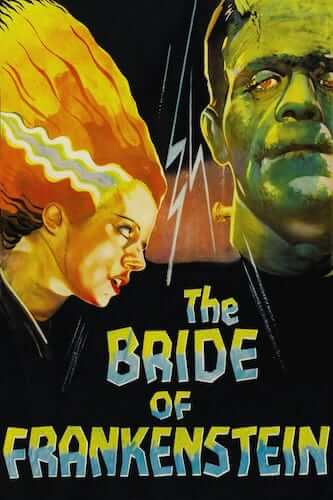 After recovering from injuries sustained in the mob attack upon himself and his creation, Dr. Frankenstein (Colin Clive) falls under the control of his former mentor, Dr. Pretorius (Ernest Thesiger), who insists the now-chastened doctor resume his experiments in creating new life. Meanwhile, the Monster (Boris Karloff) remains on the run from those who wish to destroy him without understanding that his intentions are generally good despite his lack of socialization and self-control.

James Whale’s deathless sequel is rightfully considered the high water mark for Universal horror, spiking the thrills and chills of the original with deep thoughts and sly comedy.

“Whale’s most perfectly realised movie… a delight from start to finish.” – Time Out