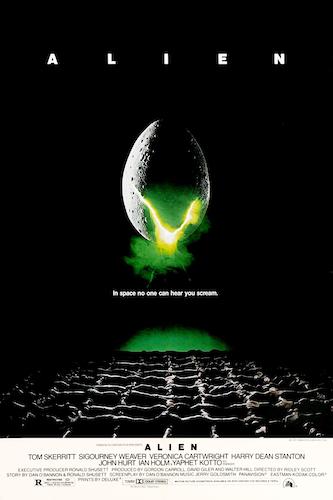 Join us as we celebrate the 40th anniversary of Ridley Scott’s visionary horror film, unquestionably among the scariest ever made.

In deep space, the crew of the commercial starship Nostromo is awakened from their cryo-sleep capsules halfway through their journey home to investigate a distress call from an alien vessel. The terror begins when the crew encounters a nest of eggs inside the alien ship. An organism from inside an egg leaps out and attaches itself to one of the crew, causing him to fall into a coma.

“Alien will upset your mind and upset your stomach.” – Atlanta Journal-Constitution