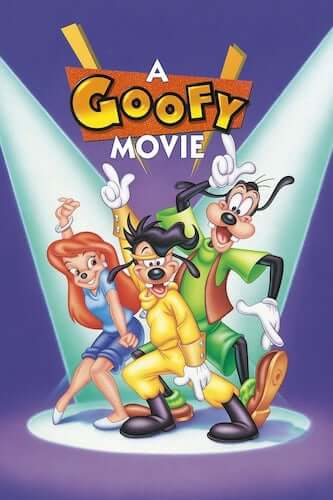 Released in 1995 at the crest of Disney’s animated renaissance, the very existence of A GOOFY MOVIE confused more than a few parents and critics unfamiliar with the popular “Goof Troop” television series. But for the generation of kids who saw it then (and/or again and again and again on VHS) it’s proven to be a stone cold classic, capturing the emotional tenor of the “90s kid” experience and inspiring cultural tributes as recent and distinguished as a full episode of ATLANTA’s final season.

Though Goofy always means well, his amiable cluelessness and klutzy pratfalls regularly embarrass his awkward adolescent son, Max. When Max’s lighthearted prank on his high-school principal finally gets his longtime crush, Roxanne, to notice him, he asks her on a date. Max’s trouble at school convinces Goofy that he and the boy need to bond over a cross-country fishing trip like the one he took with his dad when he was Max’s age, which throws a kink in his son’s plans to impress Roxanne.